Downtown College Avenue is known for it’s vibrant nightlife and many pubs and taverns but most people probably overlook the fact that they all have a lot of history to offer.

Thanks to the History Museum at the Castle, they’ve came up with a great way to enjoy the nightlife and learn a little while you’re there with a Historic Pub Crawl featuring downtown Appleton pubs.

Our tour guide was Nick Hoffman, Chief Curator at the History Museum. He took us inside four downtown taverns and highlighted others noted for their individuality and preservation. The most interesting tidbit that we were all surprised to hear; Appleton long ago, was a “dry” city..for 75 years! It wasn’t until April 6, 1909, that liquor was approved in the city but it didn’t take long to catch on; by 1935 there were 76 taverns in Appleton, 35 on the Avenue alone.

Our first stop was Dr. Jekyll’s Bar; it contained many original features including a “P” shaped bar to encourage conversations. This tavern location is popular with Lawrence University students past and present, due to the closeness to the campus.

Jim’s Place is full of history and it’s showcased on the walls in it’s pictures, the woodwork in the main bar and the original back bar with it’s antique cash register. It is still framed out where it once had a separate area for women and children. We are standing next to the structure in the photo.

Bazil’s Pub and Provisions, is technically 3 bars in one..with the option of the Old Town Tavern connected next door and No Idea? bar downstairs, they’ve got options! It wasn’t Bazil’s until 1993, the bar itself used to fall under other names but it’s history has been kept alive with new owners. Some say they used to offer a free meal for the working man and then we were shown photos of pots that used to sit next to bar for men to relieve themselves in..slightly gross but back in the day considered normal bar etiquette.

Our favorite stop was Cleo’s Brown Beam Tavern; it’s been around for decades and the decor is nothing short of unique. Christmas is celebrated everyday, all year long here, with it’s over-the-top Holiday decor displayed about the tavern. It’s home to the popular dirty snowball drink. Cleo’s is considered a Hallmark of downtown Appleton and plans on staying that way!

The last location we visited was McGuinness Irish Pub, a little off the Ave on S. Walnut Street, but still a staple of the downtown scene. Some tax records may show that it is the oldest tavern in Appleton, as opposed to Fox River House, located just down the block. Both taverns were once located across the street from the George Walter Brewing Company, which has long-since been gone.

The History Museum at the Castle walking tours are great for convention-goers as a fun and interactive introduction to local history. For more information on their group tours, click here. 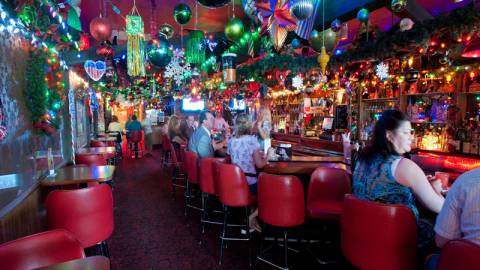 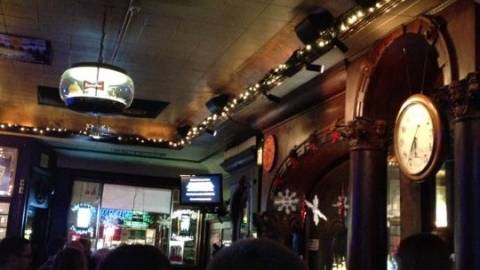 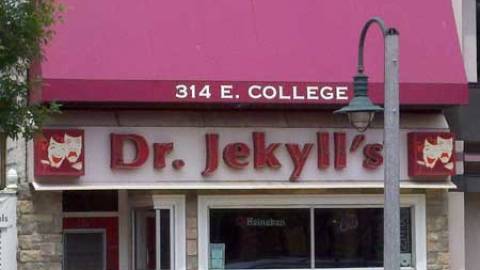