Katsu Ya of Japan holds deep-rooted Japanese origins, influenced in large part by founder, Hiroyuki Nakashima. Hiroyuki spent his formative years working for his brother's sushi bar in Japan. After taking the leap to build a new life in the United States, Hiro grasped the opportunity to take over an established Japanese Steak House in 1985. Soon after, he added a sushi bar, influenced by his brother's restaurant in Japan - a contemporary idea for Mid-Western culture at the time. Generations later, the Nakashima family now manages three restaurants in Appleton and Green Bay, sharing a variety of exciting traditional Japanese dining experiences with Northeastern Wisconsin. 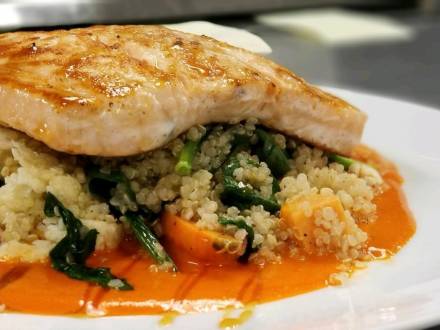 Fish Fry Alternatives to Try in the Fox Cities

Looking for a dining alternative to a Friday fish fry? Think outside of the fryer. Get your fish fix with these healthier fish options at Fox Cities restaurants.